Research results are unanimous: when people get in touch with nature, they reduce their pulse and blood pressure. They are calmer.

The mood also improves, and those who suffers from exhaustion or depression benefits from rehabilitation in a green environment.
-A fact confirmed by all gardens that are started for rehab treatment.

Many people say that their daily excursions into nature sustains their wellbeing and their ability to cope with everyday life. Maybe one doesn’t reflect on why it feels good. It simply does. Often the desire to go out there is intuitive. One just has to! 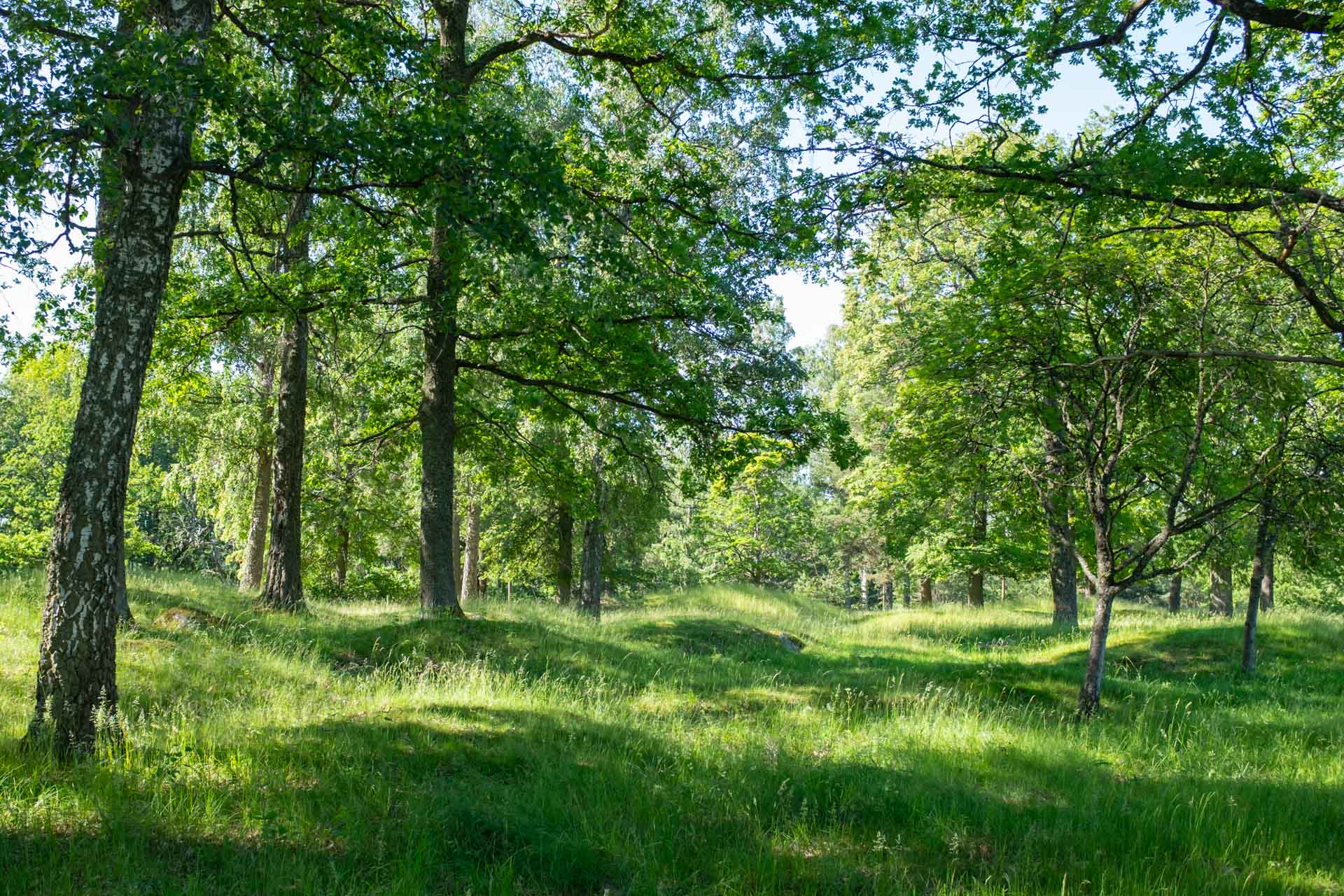 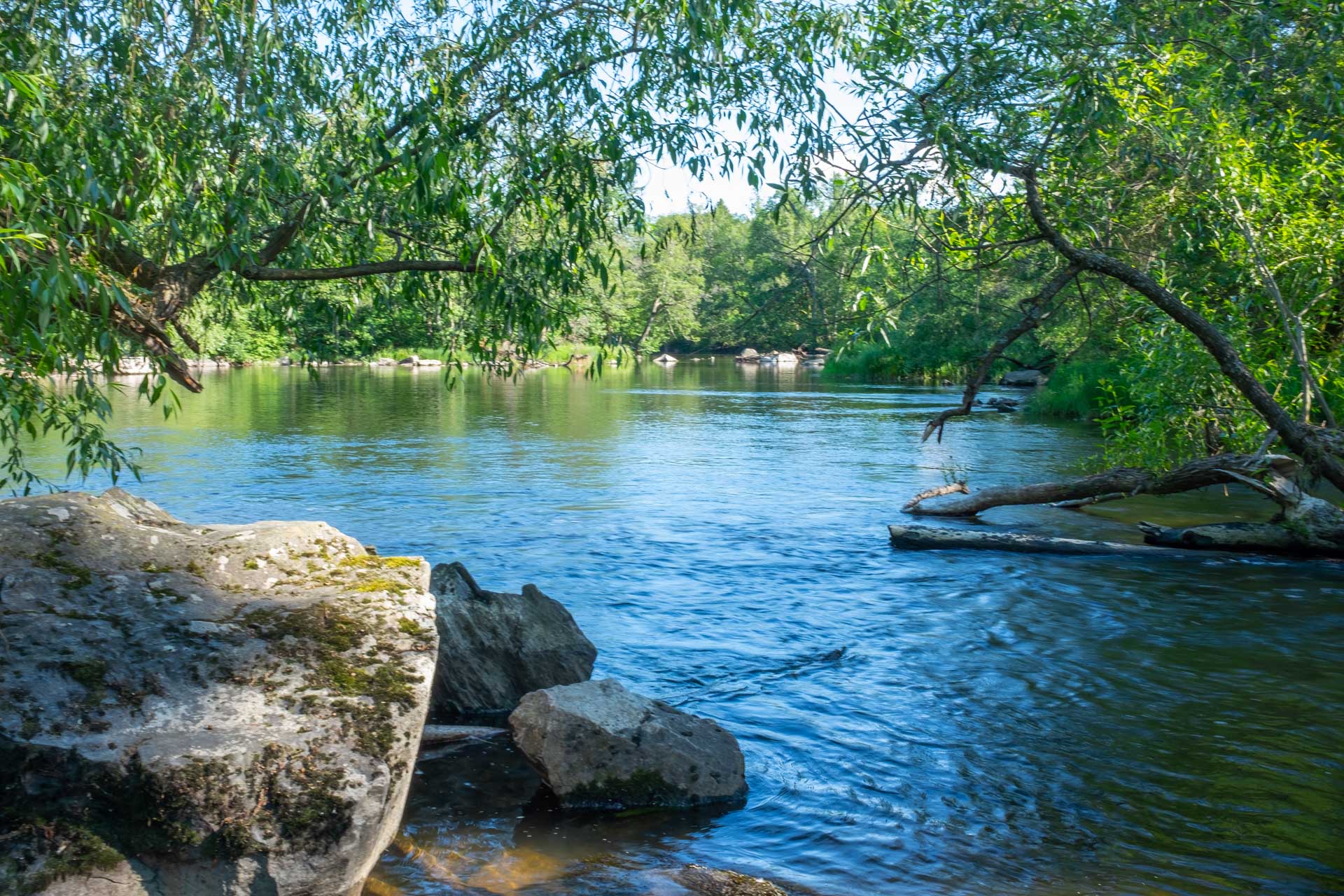 The Biophilia hypothesis suggests that there’s an instinctive connection between humans and other living system – which makes us all feel good.

Professor Edward Wilson, a Professor at Harvard University, USA, created this theory in the Eighties. A leading figure in environmental advocacy, Wilson has been called ‘the father of sociobilogy’ and the ‘father of biodiversity’. In 1984 he advanced ‘Biophilia’, a hypothesis which suggests that humans are genetically predisposed to be attracted to nature. We all inherently love the natural world and want to be surrounded by it. So ‘Biophilia’ can be translated to mean ‘love for life’.
This innate connection has its origin on the African savannahs, where our ancestors learned to appreciate those environments which gave them water, food, shelter and protection. Since people naturally sought out the places where conditions for survival were optimal, such locations helped them to feel secure, calm and at ease. All their basic needs were met.
Throughout history, men and women have chosen to settle in places that offered those same conditions. Since people have been totally dependent on their local environment for their well-being, they sustained a deep connection to it.
One hypothesis therefore suggests that some natural environments are more attractive to us than others. For example; a dense forest can be threatening, since predator animals and enemies could hide there, as in high grass and big bushes. By contrast, an open, park-like forest or open landscapes with occasional groves and calm waters ( a reminder of the African savannah perhaps), gives us a sense of calm.
Here we have a relaxing overview, more alternative escapes from danger and a greater chance to find food and water.

We‘re all beings who stem from nature

Until only a few hundred years ago, we all lived close to nature and were totally dependent on it for our survival.

We’re still dependant on nature, but technical innovations and new ways of living have distanced us from this awareness. A modern human being can live totally separated from natural surroundings. It’s possible and not even very difficult to achieve.

Our planet is full of cities with very few green spaces, where people grow up and live in concrete and asphalt deserts. Maybe one has both the desire and ambition to be located in a more natural environment, but practical reasons prevent this. It  doesn’t mean that one feels good living this way. Of course we need nature for its provision of water, food and raw materials – but we’re also dependent on it for our well-being. Research shows us this.

City planners have a truly important task to create vital areas of greenery in our cities! WHO has claimed that stress is a major threat to human health. How much of this stress is due to us being separated from nature? 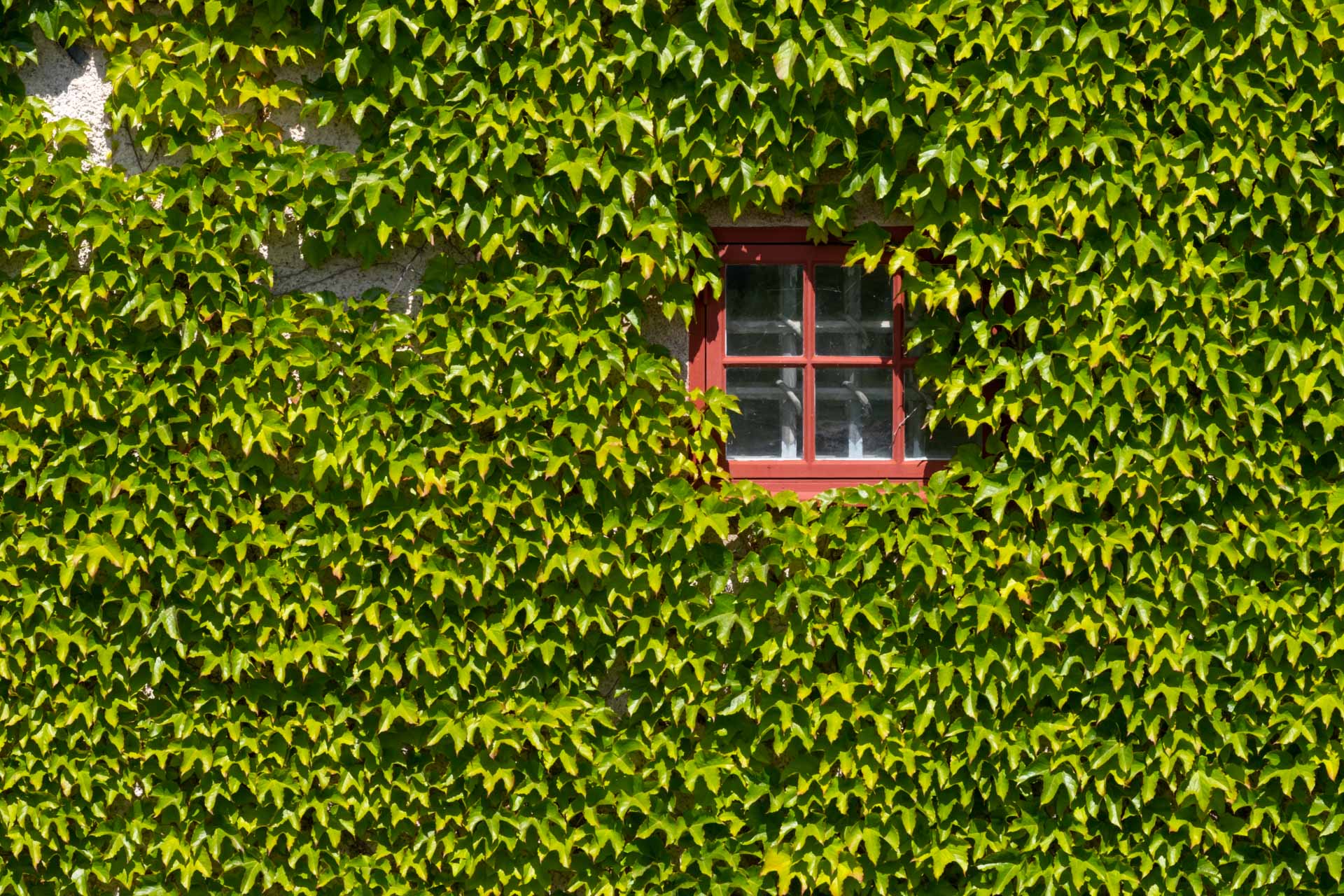 If you can’t come to nature, nature can come to you

There are plenty of reasons why one cannot reach a nature area, despite both desire and need.

For those who lack the possibility, it’s still possible to stimulate change, just by watching nature scenery through a window, on a screen or a picture:

The Biophilia theory is the core of many initiatives to bring nature into city environments today. Plant walls in public spaces are just one of many examples based on the concept.

Biophilic design is also a growing field, where you bring natural materials to indoor environments for the purpose of increasing people’s well-being.

Our way of using the Biophilia theory is to bring images of nature into environments that lack real nature.

When people see certain nature images they often get a positive reaction, even in objectively measurable ways such as a lower heart rate. They also perceive their well-being to be higher. Maybe it’s the ancestor within us that reacts, which according to the Biophilia theory helps us feel at home and secure. Whatever the trigger, the most important thing is to acknowledge this effect and make the most of it!

The right image, preferably in a large format, can draw you deep into the  picture! It can make you stop, take a deep breath and relax your tense shoulders.

We’re often affected by such soothing images without realising it. Maybe you just feel extra comfortable in a certain area of the office? Without dwelling on the picture that hangs there, you like to rest your eyes on it when you need to think… 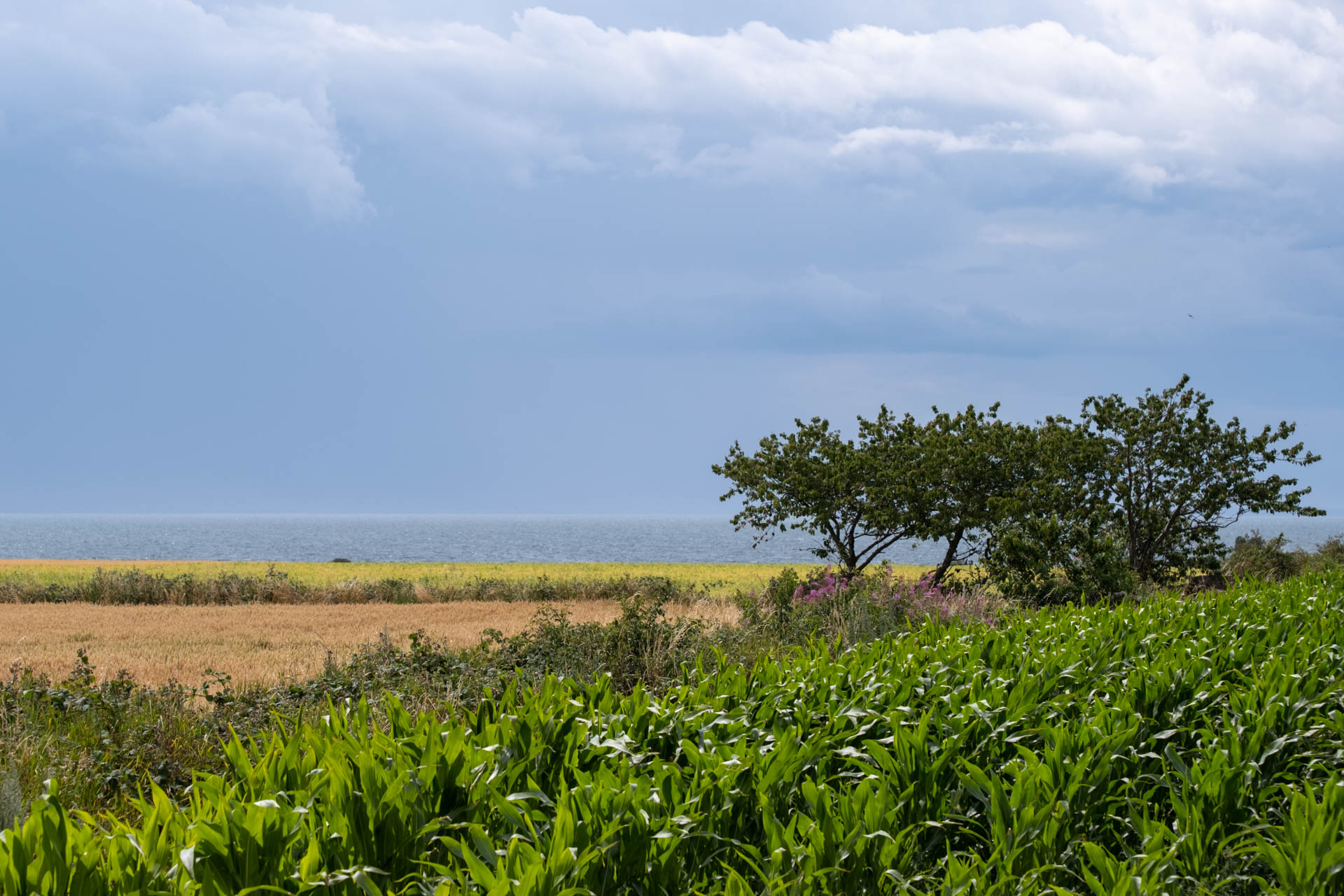 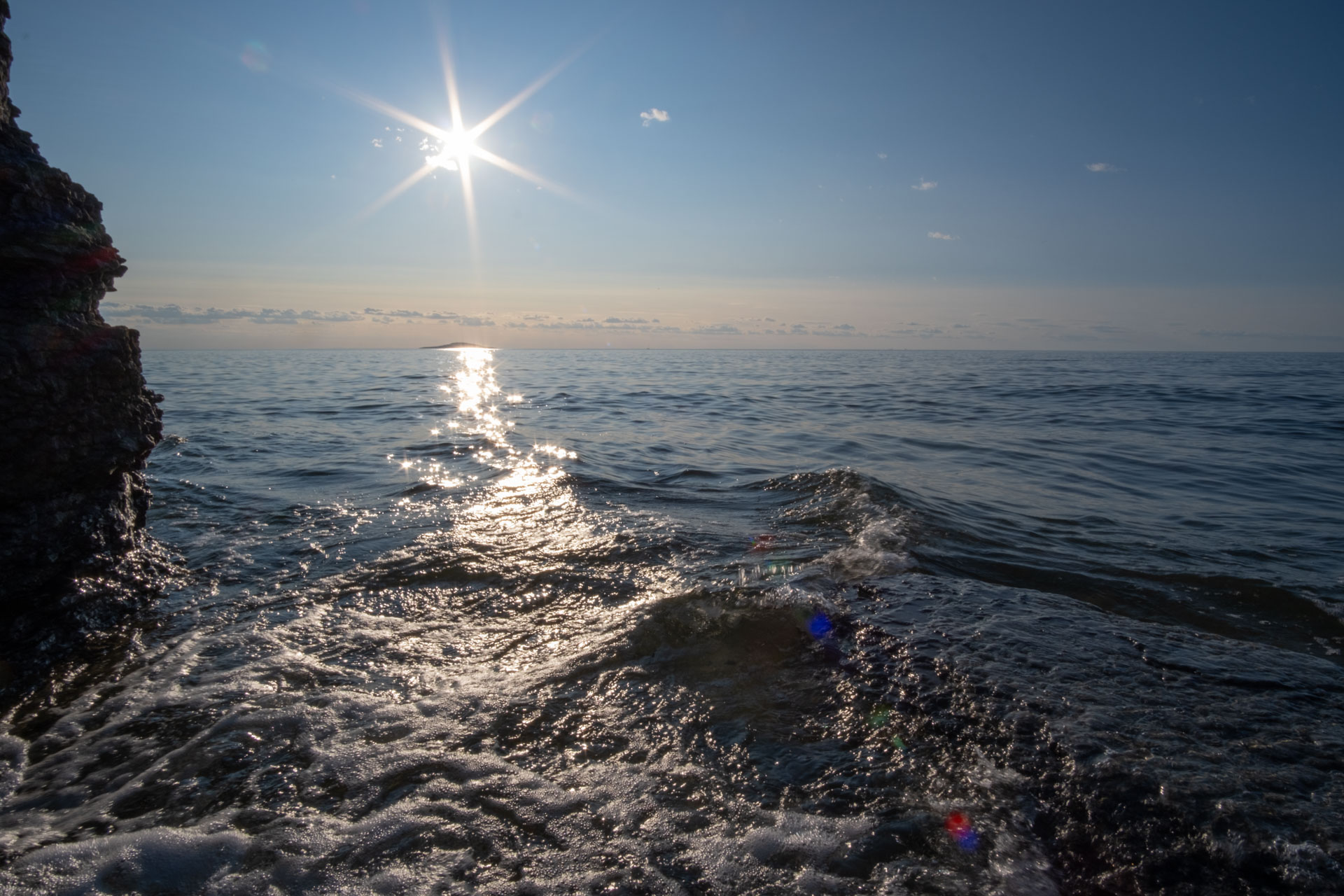 Putting the  right nature photo in the right spot can make the difference. Instead of stressing yourself to illness, you’ll be stimulated to slow down, increase your well-being and thereby act more constructively!

It’s only our imagination that keeps us from fixing all the places where a nice nature picture can be displayed. This includes workplaces of all kind, schools, hospitals, waiting rooms, hotels, restaurants, on the ceiling at the dentist, in gallerieas, arenas, bus stations, ferries and more.

Get a free proposal from us, suited to your environment. Let us learn what’s the best for you.

Pictures, sizes, materials,everything can be adjusted. Take a look at our slide shows, available on subscription, where you get a new slide show each month! Nature photos are a powerful ‘correction’ treatment with no bad side effects.